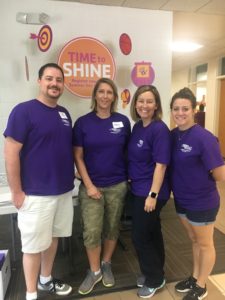 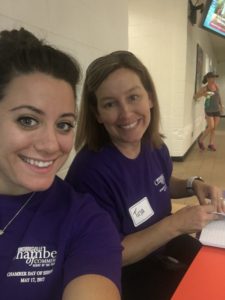 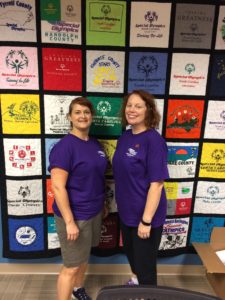 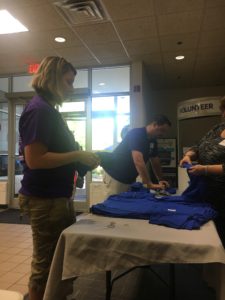 TBD joined other members of the Morrisville Chamber of Commerce for their annual Service Day again this year on a Sunny May morning. The TBD team outfitted in our jeans and Chamber shirts formed two teams from its staff; the first team assisted the Special Olympics in North Carolina. Raleigh has hosted the SONC Summer Games since 1994 which includes; bowling, cheer leading, cycling, gymnastics, power lifting, softball, swimming, and volleyball.

TBD helped prepare for the 1,300 athletes that will be participating in the summer games this year. Tasks included working in the volunteer office prepping mailings to participates and their families regarding the registration and event details, as well as, getting packages together for coaches and teams, sorting ribbons, metals and equipment for the Awards Ceremony. It was moving to meet former athletes and hear their stories of participating in the games, as well as, seeing the pride and confidence in their demeanor as they showed off their winner metals.

TBD had another team serve with the Cary YMCA. Every year the YMCA provides several summer camps to the community so that kids not only have a safe and fun outlet during the summer but also an environment where they continue to learn and grow mentally. Several staff members have been a part of the YMCA or volunteered with the YMCA over the years and were excited to help give back to them through this service day. TBD helped make notebooks for students to keep being creative and practice their writing skills over the summer at Y camps. They also helped roll staff shirts and make reward ropes for kids this summer.

Overall, TBD enjoyed serving with the Chamber at these two locations and looks forward to the next opportunity to serve their community!

Are you ready to discover what we can create together?
Get In Touch
© Copyright 2016 Tina Barnard Designs, LLC. All Rights Reserved. Website by The Marketing Machine.